in the Champions League

Is there a relationship between financial
health and football performance?

With 5 billion fans around the globe, the beautiful game captures more hearts and minds than any other sport on the planet. Competitions like the World Cup, Champions League, and European Leagues cause the world to hold its collective breath for 90 minutes at a time, staking success and sorrow on the fate of a round ball. No other institution can claim to captivate over half the world’s population. Football is everywhere.

While fans watch as their clubs compete for gold and glory, the underlying economics of football clubs are rarely brought to the spotlight beyond transfer fee headlines. Yet like any other industry, bringing finance to the fore helps us to grasp the hidden factors driving the decisions behind our beloved clubs. Behind the punditry and highlight reels are stories of triumph, disaster, resilience, betrayal, and redemption.

We sought to demystify the numbers so fans can bridge the gap between football and finance. To do so, we compiled three years’ worth of historical data for top European clubs. Our sample includes the clubs* that reached the Round of 16 knockout stages during the 2021/22 UEFA Champions League season. Using our credit risk assessment platform, we analysed each club’s financial and football performance data to answer important questions that will interest fans and financiers alike, such as:

The report displays the underlying financial risk associated with each club, weaving a narrative that combines the teams’ on-pitch performance, off-pitch headlines, and boardroom decisions. To help visualise the data, we have reproduced the exact dashboard from our credit risk platform.

*Note: LOSC Lille has been omitted from the sample due to a lack of publicly available data.

Europe’s top clubs struggled severely during the pandemic. While turnover merely declined -11% (a relatively small hit compared to other leisure industries), profits were completely decimated; net losses became 40x worse from 2019 to 2021. In aggregate, clubs responded by increasing their debt burdens to preserve cashflow, but the strain on margins meant the top 16 clubs became more than twice as likely to default.

While the pandemic placed comprehensive pressure on all leagues, not all clubs responded uniformly. Based on financial analysis, clubs fit into three distinct categories based on their response: resilience, fragility, and antifragility.

Fragile clubs entered the pandemic with a high risk of default, large net losses, and heavy indebtedness. Pre-pandemic economic precarity provided little room to manoeuvre through the downturn, and fragile clubs ended 2021 on the precipice of ruin. Atletico de Madrid, Barcelona, Villarreal, Benfica, Sporting CP, and Juventus fit in this category. None of the fragiles lifted the European cup during this period.

Antifragile clubs managed to improve their risk profile despite the pandemic. This type of performance is rare, and only Real Madrid and Liverpool demonstrated antifragility. Pressing against macroeconomic headwinds, these clubs reduced their risk exposure by shrinking both probability of default and losses given default. Both clubs achieved this by strengthening their assets and modestly improving their cash flow through increased debts. They both significantly curtailed transfer spending without sacrificing footballing performance.

One club stands in a category of its own. RB Salzburg, the small but mighty Austrian champions, display the strongest financial performance of the data set by a wide margin, exhibiting roughly twice the average Z-score and standing head and shoulders above the next healthiest club, Bayern Munich. The club boasts superior financial with the lowest probability of default (0.7%), the highest cumulative net income (€66.5m), the lowest debt burden (5% DTA), and the greatest return on equity* (35% average) in the sample. If not for their small economic power – only Villarreal and Sporting CP have less cumulative turnover – then we would expect to see greater dominance on the pitch.

*Excluding Atletico de Madrid, Barcelona, and Sporting CP as outliers, whose ROE ratios are skewed based on accounting differences. 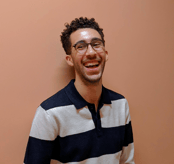 Simon is a writer and strategy consultant covering tech, startups, and culture in Latin America. Formerly a Bain management consultant and startup chief of staff, he now writes at Technopoly. He is based in London and Mexico City. 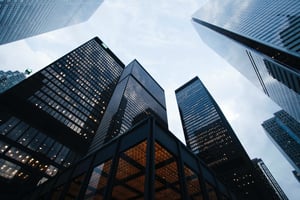